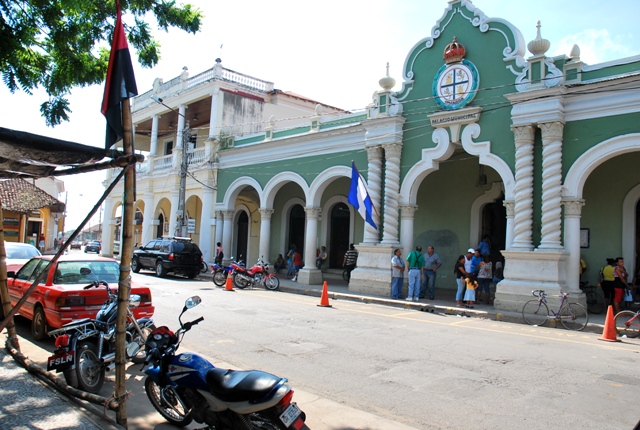 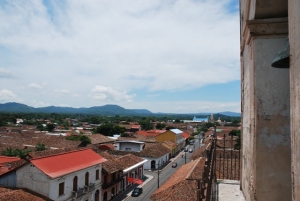 Granada, the oldest European-founded city in Nicaragua, is an important and intimate cultural center, conveniently off the beaten path in a country that is still off the beaten path itself. It was founded in 1524 by Francisco Hernando de Cordoba, who was originally from … Granada, Spain. I would describe the city as having a strong decrepit colonial charm, slightly resembling other colonial cities I visited, following the same pattern of one-story houses with big French windows towards the street, colorfully painted walls, a central square placed in the central park, and quite a few very old colonial churches, each of them with a 500 history of construction and many stories of re-construction due to the abundant earthquakes so common in the region.

You can stroll along narrow dusty streets and gridlocked colonial buildings that are in dire need of renovation. If you can look beyond the fallen pieces of walls or notice the vibrant colors hidden behind thick dust layers, you will discover what a gem this city is or could be if somebody restored it. Granada is a diamond in the rough, idling between the island-sprinkled Lake Managua and the topless Mombacho volcano. 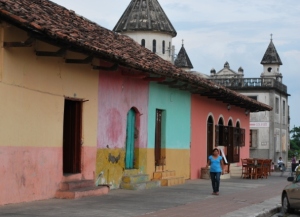 The Parque Central in the Plaza Central is full of plastic tables resting under the soothing shade of tropical trees. A dry fountain gives you an idea how much lovelier the place would be with water sprinkling out of the stone-kids adorning it.  Along the park’s alleys vendors are selling soda, snacks or handcrafts, and people are lazily strolling. Funnily resembling Central Park in NYC, the Central Park in Granada is also bordered by ridiculously decorated horses and ribbon-decorated carriages that are one of the main tourist attraction (or so the locals think, because I never saw a tourist in such carriage during my stay). The place was full of excitement when I pulled over in my minivan. There was a small, quaint protest in front of the cute, elegant green-and-white city hall building.

The guest house I stayed, called Aguas Azules (blue water), was just off the Plaza Central. A beautiful colonial house bought by an Irish entrepreneur (also a coffee and whiskey expert), renovated and transformed in a colonial home-away-from home for globe trotters and expats. The interior courtyard was a quiet, cool, yellow oasis of colonial beauty. The open kitchen that always had fresh coffee that smelled so good it almost got me high every morning was the hangout place of the residents. You could meet the student, the expat, the world traveler, the short term visitor with busy job and no vacation (me). I highly recommend that place, and Gerry, its Irish owner, takes good care both of the place and of the guests. He can recommend good rum and steak places around town. (http://www.casadelaguagranada.com/)

There are many things to do in Granada – try the local food (some restaurants on Calle Calzada have very good food), see how the Nicaraguan cigars are made, try the Nicaraguan beef  – so good it would convert a vegetarian into a carnivore, explore lake Niaragua and its islands, and of course see all the churches and learn about their 500 year history.